Since we began our farming adventure last year, we have made so many new friends. Some frequent the farmers' markets, some work on local farms, some joined us at one of the several conferences we attended last winter, and some are farmers. Our friend Scott is a farmer and happens to have the stand right next to us at the Westminster Farmers' Market. We had met him a few times at friends' get-togethers, but it wasn't until market started up this year that we really got to know him.
His farm, Sattva Place ('Sattva' is Sanskrit for 'purity'), is located in Frederick County between Frederick and Thurmont. Farming, however, is only one of his many skills. He teaches yoga classes, trims horse hooves, substitute teaches middle school math and is currently taking classes to receive a master's degree in education. And if that doesn't seem like a lot, you should see everything he has going on his farm!
Scott raises cows, pigs, chickens and turkeys for meat. He also has horses and goats. He rotationally grazes all of his animals, moving the cows and birds daily. We spent a day at the farm last weekend and as a part of our look around his 100 acres, we got to see him move the cows and chickens. What an amazing place!
Here is Scott in front of one of the barns with his affectionate little puppy (well, not so little anymore!). 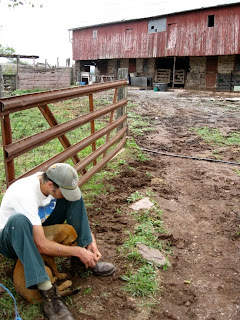 She is killer, right? Soooo cute! 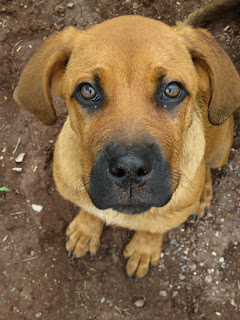 An old bee hive that pretty much takes care of itself. 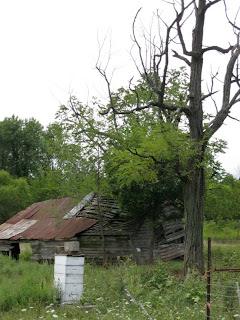 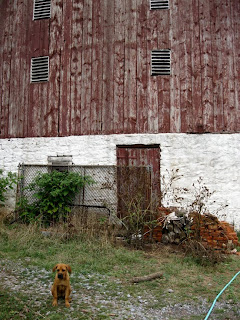 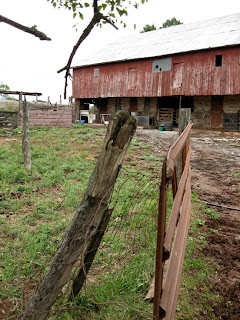 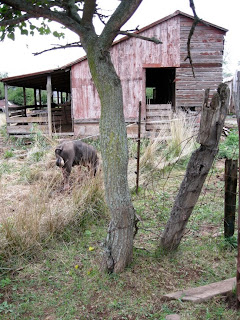 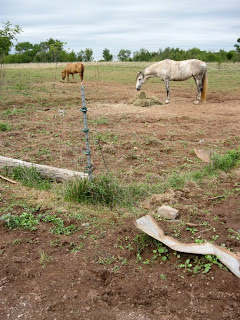 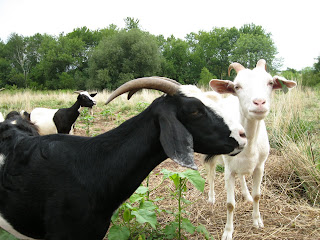 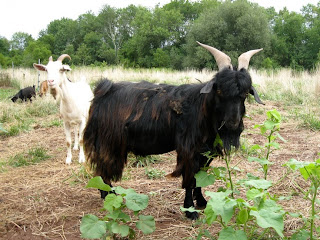 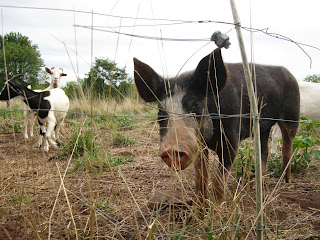 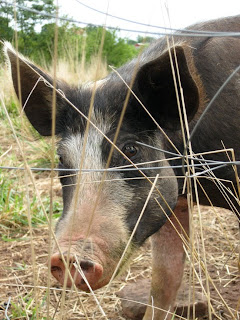 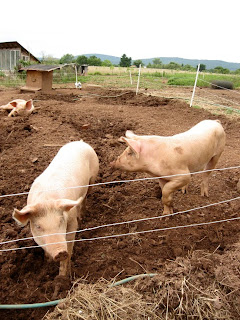 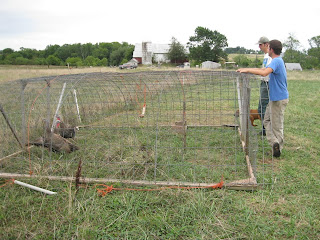 The chickens. These chickens, and the turkeys above, are in "chicken tractors". These are movable chicken coops that allow the birds to remain protected while out on open pasture. They are usually moved daily to allow the birds to eat fresh grass and bugs while distributing their manure evenly over the pasture. The chickens have shade tarps over their tractors to help with the heat. 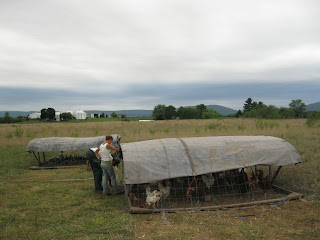 This is the permanent chicken coop Scott built. It's perfect for winter with a south facing glass wall. The chickens seemed to love it! 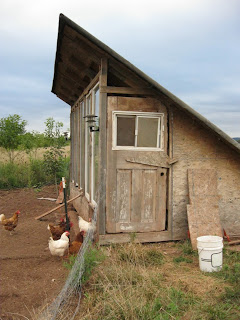 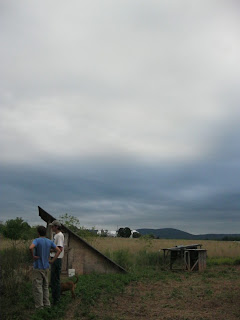 For dinner, we ate a delicious salad with some of our cucumbers and peppers, some of Jackie's (De La Tierra Gardens) tomatoes and a hard-boiled turkey egg. Neither of us had ever eaten a turkey egg before and we were really excited to try it. It is shaped just like a chicken egg but is about twice the size. 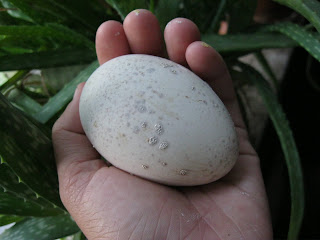 It was delicious! Really, it tasted like a chicken egg, but boy was it good. We had such a fun day at Scott's, we are going to have to take field trips more often!

Posted by Truffula Seed at 5:49 PM